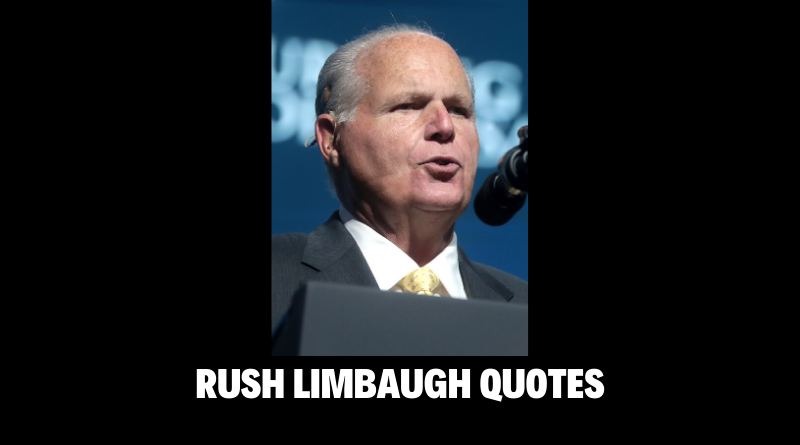 Rush Hudson Limbaugh III (born January 12, 1951) is an American radio personality, conservative political commentator, author, and former television show host. He is best known as the host of his long-running radio show The Rush Limbaugh Show, which entered national syndication on AM and FM radio stations in 1988. These Rush Limbaugh quotes will inspire you.