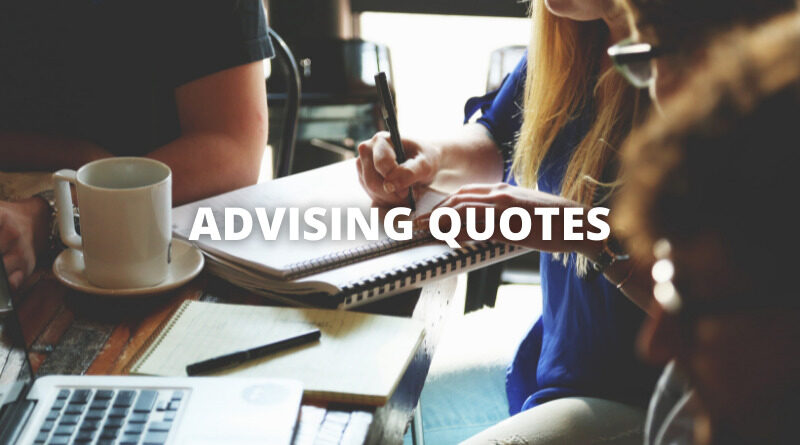 These advising quotes will inspire you. Advising to offer advice (to a person or persons); counsel.

1. “As a portfolio manager, when do you start advising to your clients that they have some cryptocurrency exposure? When will there be an index fund, a mutual fund of cryptocurrencies? It will happen. “ Melanie Swan

2. “The mandate for the CTO’s office is to unleash the power of technology, data, and innovation on behalf of the nation. The CTO’s office is really trying to bring best practices, possibilities, pilots, and policy advising. “Megan Smith

3. “ Sometimes the poor are praised for being thrifty. But to recommend thrift to the poor is both grotesque and insulting. It is like advising a man who is starving to eat less.” Oscar Wilde

4. “Unions do have a proper role in negotiating for employees and advising employees, but they have to engage with the employer.”Jim Ratcliffe

5. “Wherever I was in the world, at the beginning of every consulting project, one thing was certain: I would know less about the business at hand than the people I was supposed to be advising.”Matthew Stewart

6. “By the time I finished doing regular practice, most of my work was in international regulatory law, so I was advising foreign governments about their responsibility and roles in things like public inquiries.” Robert Rinder

7. “I’ll never get out of politics. I have friends in public office. I have things that I want to do. You can’t go back in life. I won’t go back to the existence I had before of running a political consulting firm and signing up clients and advising campaigns in exactly that way.” Karl Rove

8. “As an economics undergraduate, I also worked on a part-time basis in Cambridge, Massachusetts, for a company that was advising customers about portfolio decisions, writing reports. “Merton Miller

9. “ More and more political analysts and weak-kneed politicians are advising the historically pro-life Republican Party to abandon its pro-life stance for political gain. My first response is that if you cannot trust a party on the value of defending human life, how can you trust it on issues like marginal tax rates?”Gary Bauer

10. “ If I had a pound for every former editor who hadn’t cut the mustard advising me what to do, I’d be a very rich man.” Andrew Neil

11. “The captaincy is about putting the team first, making sure the girls are happy – that they’re comfortable with the processes we have, the way that the schedule is – to be able to challenge people on and off the pitch: not telling them off, but advising them.” Steph Houghton

12. “The rich are always advising the poor, but the poor seldom return the compliment. Philip Stanhope, 4th Earl of Chesterfield”

13. “The idea that a book can advise a woman how to capture a man is touchingly naive. Books advising men how to capture a woman are far less common, perhaps because few men are willing to admit to such a difficulty. For both sexes, I recommend a good novel, offering scenarios you might learn from, if only because they reflect a lot of doubt.” Roger Ebert

14. “Obviously I was disappointed when it fell into disuse, because it was my own track named after me, but I am sure all those youngsters we lost will be coming back, and I certainly intend to be down here as much as I can, coaching and advising.” Linford Christie

15. “ I had neither expert aid nor advice. I studied no courses in writing; until a year or so ago, I never read a book by anybody advising writers how to write. “Robert E. Howard

16. “ I was used to getting changed in pub toilets before going on set. Then suddenly I had studios in L.A. advising me on my hair.” Harry Treadaway

17. “Gradually, football has seen its appeal slip at the most basic levels. Pediatricians are advising parents not to let young children play organized football too early in life.” Charlie Pierce

18. “The history of storytelling isn’t one of simply entertaining the masses but of also advising, instructing, challenging the status quo. “ Therese Fowler

19. “I would eventually leave the business in 1999 to work full-time as a writer, but during the previous decade, I would advise French businessmen on how to succeed in Germany; tell Americans what to do in Eastern Europe; show the Spanish how to become more like the Americans. I spent one particularly haunting year advising bankers in Mexico. “Matthew Stewart

20. “I’ve been thinking, in an age of Trump where you don’t know the direction of the country, the person you need most is a steady conservative hand like Mark Kirk in the Senate to be advising the president, especially on national security topics … which is my particular expertise after 23 years in the Navy.” Mark Kirk

21. “Like all professors, I also do a lot of extra jobs for which I was never trained, such as advising former students as they navigate the wider world. “ Hope Jahren

22. “In my executive advising role, my persona, which seems to work very well with both women and men, is being ‘the big brother you always wanted.’ I am fortunate to have two such big brothers, so this isn’t just a theoretical construct.” Mark Goulston

23. “I believe in empowering people rather than advising them and forcing them in a direction which I feel is right. “ Dinesh Karthik

24. “During my 20 years as a Marine, I served three combat tours and as a Congressional Fellow advising a senior member of the House Armed Services Committee on defense and foreign policy. I went on to serve in the Pentagon as Marine Corps’ liaison to the State Department.” Amy McGrath 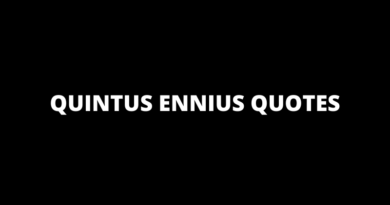