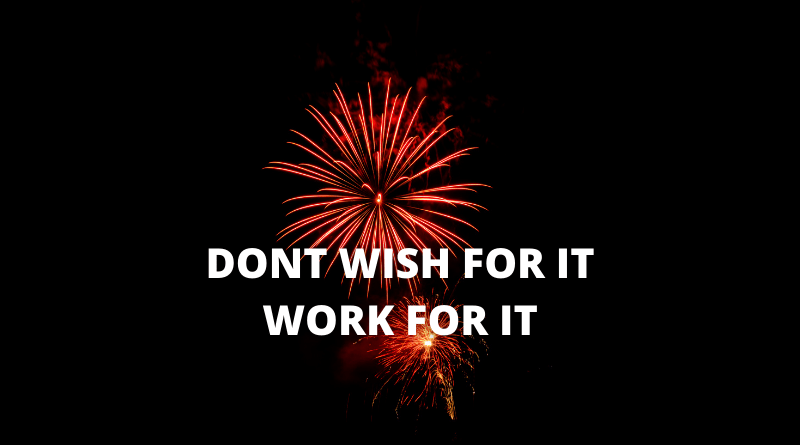 It is very easy to build castles in the air but construct cathedrals on land. I can sit on a sofa and daydream to become the best motivational speaker on stage receiving a standing ovation from thousands of people and competing with the legends Tony Robbins or Lewis Howes but to realize that it is only a cloudy dream. We human beings are born to dream big because our hearts without dreams is akin to a bird without feathers which is great in itself but the question arises

How Great Is It?

“Dreams don’t work unless you do”

This line though subtle is self-explanatory. Had Elon Musk only dreamed about the cars and spaceships without being pragmatic, Tesla’s birth would have been imaginary. He was nerdy and intelligent enough to work his ass off to build PayPal and zip2 and sell them to become a billionaire at an early age. But for a man who can self tutor rocket building, it simply means that he was doing something more than mere dreaming.

The word ‘Dreams’ has been misinterpreted to the extent that there are always more failure stories than success. Success is not that easy for a simple reason.

IT IS EASY TO DREAM BUT HARD TO FOLLOW

This is as universally true as death is. Dreams are like beautiful fireflies that can show you the path but is up to you to follow even though it has thorns that can make your feet bleed.

Walt Disney might have lacked imagination according to the editors but it is he who became a persona behind the adorable Mickey mouse.

This line from Disney can make you read twice. He penned down the steps to success in a single line. The last step is particularly the most difficult step that you can risk in your life. You must dare to live your dreams. Your dreams are scary because you lack the courage to follow them.

While wishing you must be hungry for what you are wishing. Your wish must be as strong as a hungry man wishing for a loaf of bread. Wish is much more than the bird in the sky which if shot in the wings can never fly again. The wish must be strong enough to jump if not fly.

The name of the Hungarian shooter Karoly Takacs might ring a bell. What would you do if your right hand exploded in a bomb attack and you wanted to reach high for a shooting medal in the Olympics game?  Dreams were shattered but they are like Sand Mandalas in Tibetan Buddhism that are destroyed once they are created and then rebuilt no matter the amount of effort taken to rebuild it.

Karoly rebuilt back his dream this time with his left hand. He became the first shooter to win two Olympic gold medals in rapid-fire 25 m pistol events.

HOW MANY TIMES HAVE YOU HEARD THIS AGE-OLD ADAGE?

The will here does not mean mere wishing but striving for the wish. Willpower is not the measure of how strong can you wish. It is a measure of how hard can you stick to your will.

Before a beautiful structure comes into being, it is pre-planned in blueprints and prototypes. You can never achieve a hundred percent of your dream without any deviations. The Taj Mahal was created with as much creativity as the Pyramid of Giza. Both involved a serious amount of work.

The world that we are living in today was not created in an instant. Be it Nelson Mandela or Mahatma Gandhi or Charles Babbage or Charles Darwin, or Thomas Edison or Ford, they did not rest. They got hypnotized by their dreams and took the courage to strive hard and hard as long as the bulb of victory did not light bright.

There are uncountable examples in the world that proved that dreams work when you do. A man with an excuse is just a daydreamer. If the treasure was so easy to find, the treasure would not have been a ‘treasure’. If on the other island you can see the treasure, you must also have the courage to face any weather or water turbulence that will prevent you from getting that treasure. You will reach that treasure if you are the One, the Determined One.

If you are a visionary, there is still time to convert your dreams into religion and follow it. Start to chalk out plans and goals that can help you achieve your vision. The most important thing is to be committed to following your plans. A failure in a plan does not mean a failure in a goal.

Improvise your plans at every step by learning from your failures. Instead of being an audience, have the courage to be a star performer. This is what life is all about. Don’t wish for it, Work for it. 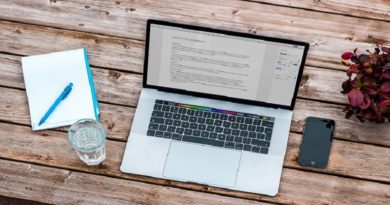 6 Tips That Will Help You Make It To Billionaires List 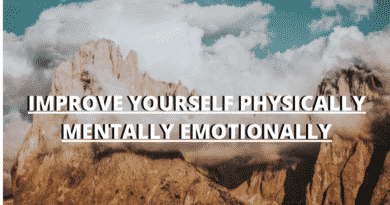 How To Improve Yourself Physically Mentally Emotionally 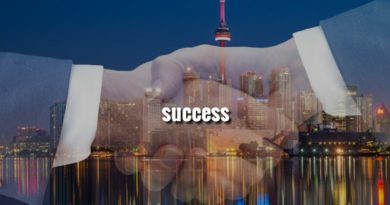 Increase Your Probability Of Success